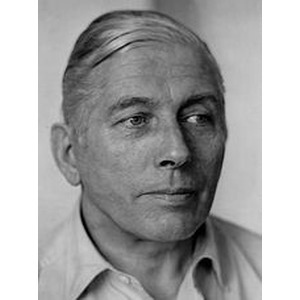 The German artist Alfred Mahlau was a painter, graphic artist, illustrator and teacher. Among his students one can mention Horst Janssen och Vicco von Bülow. His most famous work is the large stained glass window, Dance of Death, in the Lübeck Marienkirche which was completed in 1956. The painting pays homage to a famous mural of the Dance of Death in the church that was destroyed in the bombing of Lübeck during World War II. In the 1920s Mahlau created packaging design for Niederegger, and in 1927 he created the company profile that the company still uses today.

During the Third Reich he was a celebrated artist, and was drafted only at a very late stage, to Berlin in April of 1945. He was captured by the Soviets, and held in custody for a couple of months. After the war he became a professor in 1946 at the Hamburg Academy of Fine Arts in Lerchenfeld.