Ben Blessum was born in Norway. When Ben was eleven years old the family emigrated to the United States. He studied at the Art Institute of Chicago, and worked at the same time as an illustrator at the Chicago Tribune magazine.

During World War I, he served as a representative of the American Committee on Public Information in Norway and had the same service at the United States War Department. Blessum had close contact with Norway thoughout his life and he was active in ”Chicago Norske Klub” as well as being the representative of Norway’s State Railways in New York between 1923-1936.

He also served as secretary of the Norwegian National League in Chicago for over 50 years. Blessum is best known for his paintings of the Norwegian landscapes. For his efforts for Norway he received a royal medal from King Haakon VII. Ben Blessum retired in 1936 and built a house on the outskirts of Chicago. 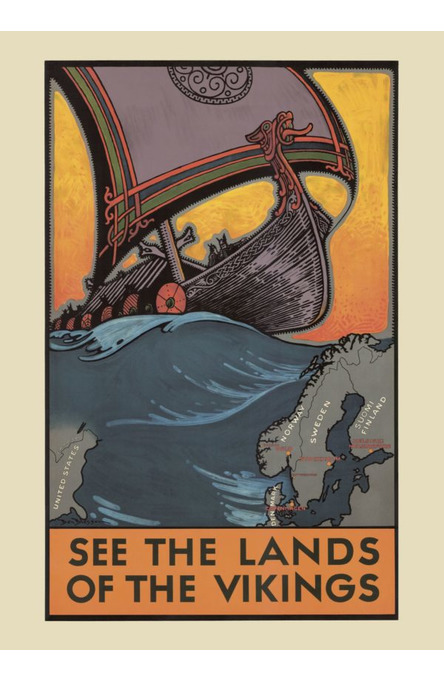 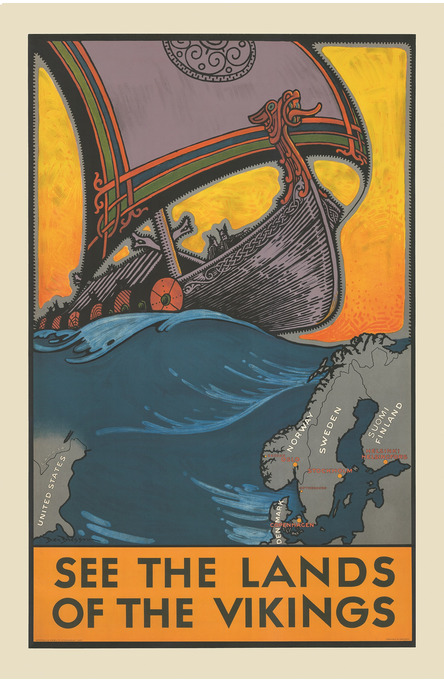 Land of the Vikings 1937 Vintage Postcards