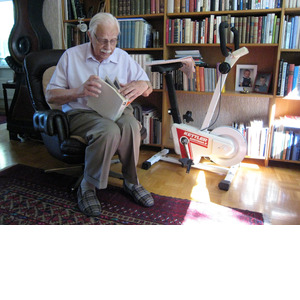 The graphic designer Erkki Mattsson studied at the Central School for Arts and Crafts from 1938 to 1939. However, when the Finno-Russian war broke out in 1939, his studies were interrupted.While attending evening classes, Mattsson worked for the interior design department of the department store Rake Oy.

‘The graphic designers at SEK were given the opportunity to plan and create advertisements for prominent Finnish companies. At the time there were many freelance graphic designers with the company and each had their own worktable. In addition, the agency paid for all the art materials. During the busiest times there were no cards for clocking in and nobody counted hours.’ Mattsson also recalls that the atmosphere was very good and relaxed, thanks to the managing director Aarne Salomaa and his successor Frans Saalaste.