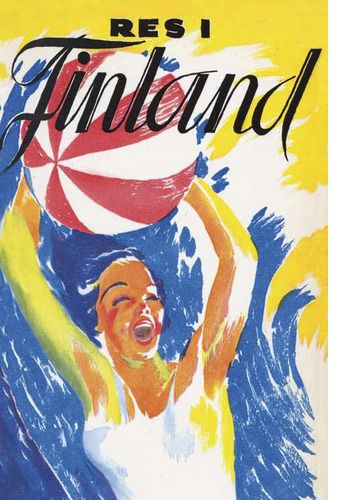 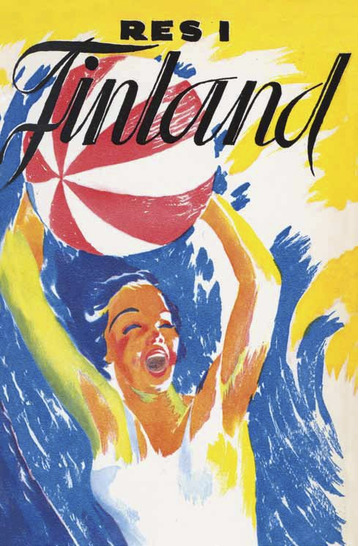 It was at the end of the 1930s that the Finland Travel organisation decided to raise their profile in Sweden and call upon a bard, the great Finno-Swedish poet Elmer Diktonius to be exact. He was set to formulate the new siren calls from the east in the new brochure, while top graphic artist Aarne Nopsanen was hired to design the booklet. The slogan Travel to Finland! See Finland! Discover Finland! will give you some idea of the hysterical tone of the propaganda, although it has to be said that that the poet lends beauty to the advertising lingo:

”The Karelians and Savonians are the most forthright and inviting peoples in Finland. The song never dies in Karelia and the wordsmiths never falter in Savo.”

Or how about this on Helsinki:

”The capital of Finland is a modern city and in many ways a child of this century. It is as young as the republic itself, in its infancy in act and deed, as well as light in tone and colour. It seethes with the sinuous life that characterises a newly founded nation.”