After graduating in Helsinki in 1940, the commercial graphic designer Jaska Hänninen spent the war years at the front. In 1945, Hänninen commenced his studies at the drawing school of the Central School of Applied Arts. Between 1946 and 1949, he made two long study trips to Paris.

After finishing his studies, Hänninen got a job as a graphic designer at the advertising agency Liikemainonta Oy. After a few years, he changed jobs and began work with the agency SEK, where he advanced to become studio manager. Together with his SEK colleague, Erkki Mattsson, Hänninen founded the advertising agency Mainosateljee Hänninen & Mattsson in 1961, but only four years later Hänninen accepted a job as artistic director at Markkinointi Topitörmä Oy.

After a few years, Jaska Hänninen chose to work as an independent graphic designer. He also taught on an hourly basis at the Institute of Industrial Arts. Among Jaska Hänninen’s extensive portfolio, one has to mention the popular Finnish food brand Atria which Hänninen built together with his wife Mrs Helena Hänninen.

In 1957, Jaska Hänninen was one of the founders of the Heraldry Society of Finland together with the heraldist Olof Eriksson. Hänninen has, among other things, designed the municipal coat of arms for the Finnish town of Anjalankoski as well as for Övertorneå in northern Sweden. 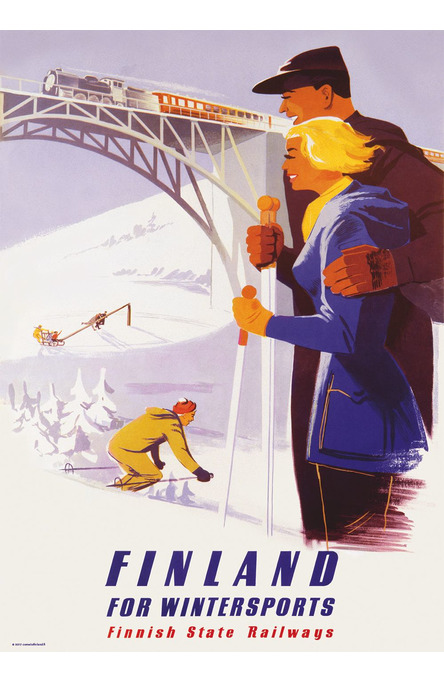 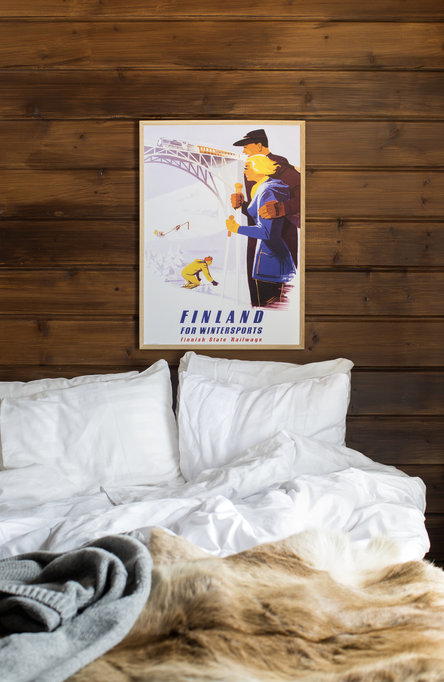 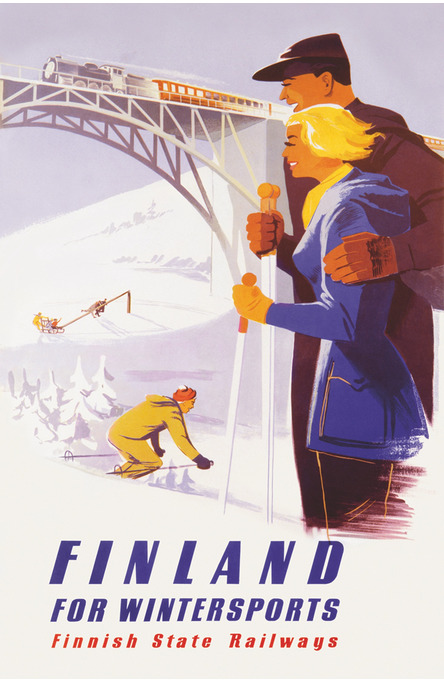 The Railway Bridge – Finland for wintersports 1952