The artist Klaus Kalima from Helsinki was a private student of the artist and professor Erkki Koponen towards the end of the 1930s. Kalima continued his studies from 1940 to 1941 at the Finnish Art Society’s Drawing School until he fought in the Continuation War.

In 1945, Kalima founded the advertising agency Oy Artifex Ab and during the same year he worked as a set designer for the film Kohtalo johtaa meitä (‘Fate leads us’). He has also been commissioned as a stage designer for the National Theatre in Finland.

In 1949, Klaus Kalima started working for the paper group, Yhtyneet Paperitehtaat, and moved to Valkeakoski, close to the city of Tampere. He has worked in various domains, including package design, graphic art design and the planning of exhibition cases for export exhibitions. Kalima retired from the company in 1983. Kalima also founded the Valkeakoski Art Association in 1950 in his new hometown.

Klaus Kalima painted two portraits of Arvo Ylppö, a wellknown paediatrician and professor, to mark the grand old man’s 100th birthday. Klaus Kalima recalls that Ylppö was so lively and talkative that when he posed as a model, Kalima had respectfully to ask for peace and quiet in order to do his work. However, when Arvo Ylppö did not talk, he shrank together ‘just like when the air is let out of a balloon’. Kalima therefore had to suggest that they should talk after all. And voilà! All at once the balloon was again filled with air!

In 1990, Klaus Kalima’s art was displayed at a great retrospective exhibition at Voipaala art centre. 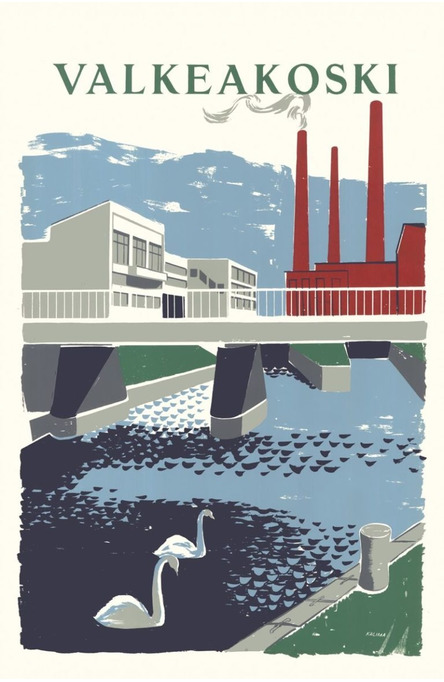 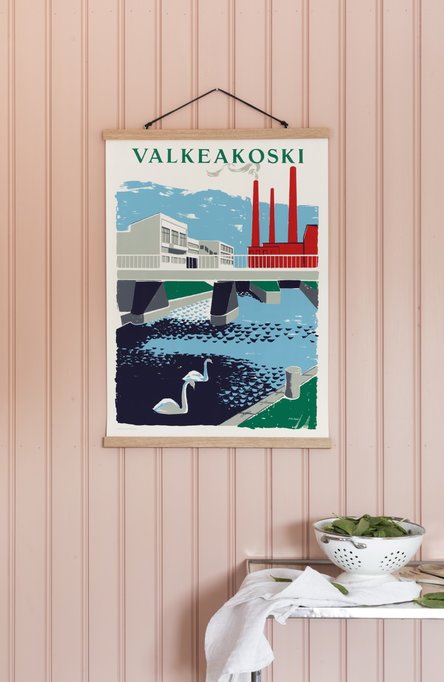