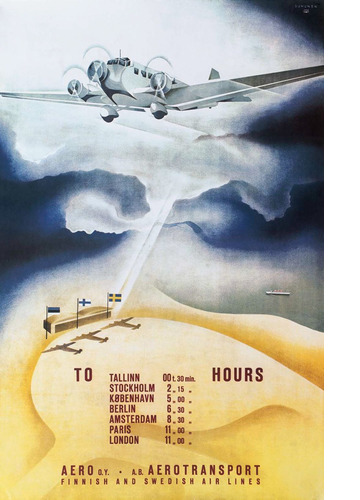 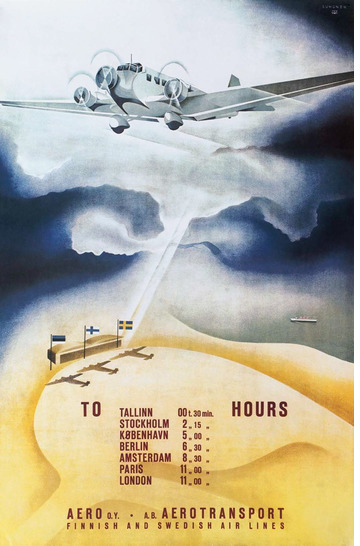 The first flight connection between Tallinn in Estonia and Helsinki was established on 29 June 1923. This was the start of the Aero airline, which later became Finnair.

Aero realised early on the potential of poster advertising and invested from the beginning in high-quality advertising graphics. Whole poster series were printed in a particular style with spectacular perspective and preferably with aeroplanes on a background of famous urban sights or alternatively mighty natural landscapes.

In the 1930s the carrier started extensive co-operation with the newlyfounded advertising agency SEK (the S stands for Suhonen) – and this still continues. It is mainly the Aero posters by Jorma Suhonen, the agency’s strong man, that are still celebrated to this day.

But ponder the saying “everything was better back in the good old days”. Suhonen’s poster from 1937 proudly states how close the European cities are nowadays: In only eleven hours one could reach London and Paris. 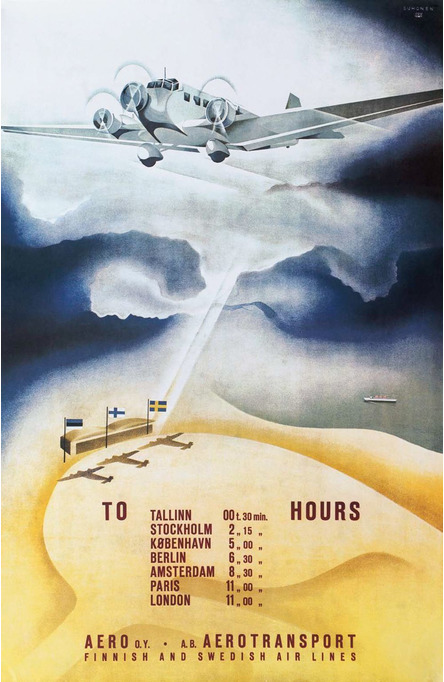 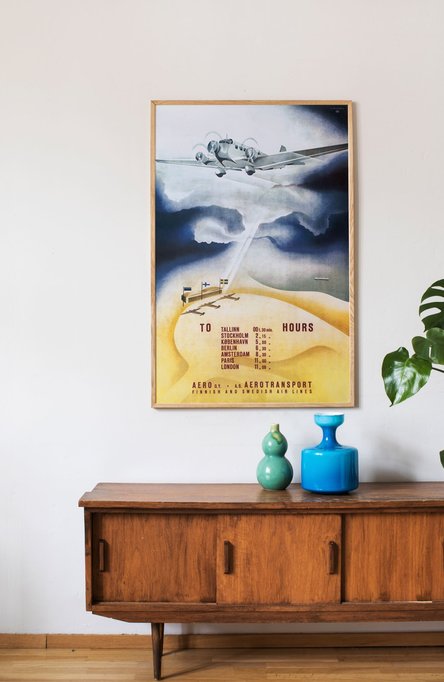