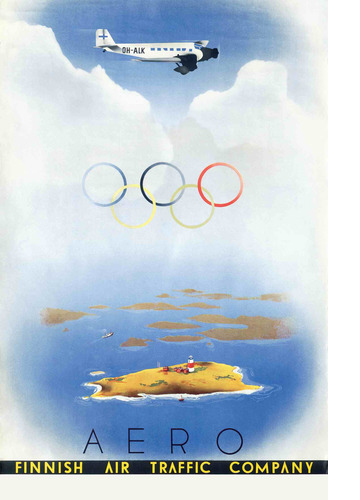 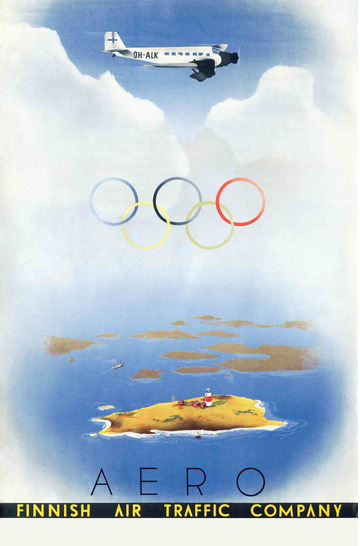 In Suhonen’s beautiful poster for the Olympic games in 1940 (they were cancelled due to the war) the city surroundings have been replaced by the archipelago, Söderarm Lighthouse under the air tunnel between the Åland islands and Stockholm to be precise. Wouldn’t the archipelago attract you to the Olympics? 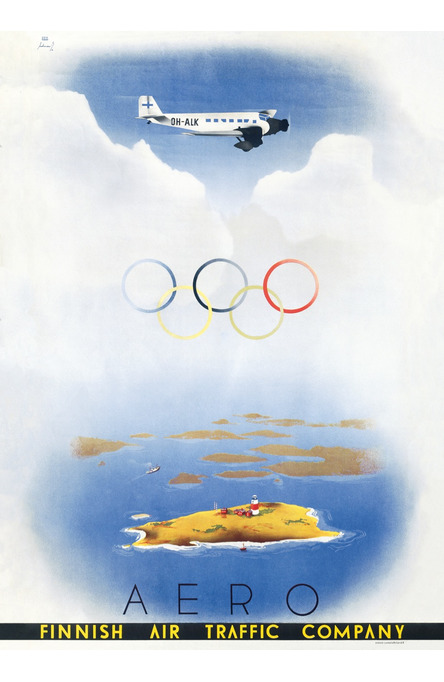 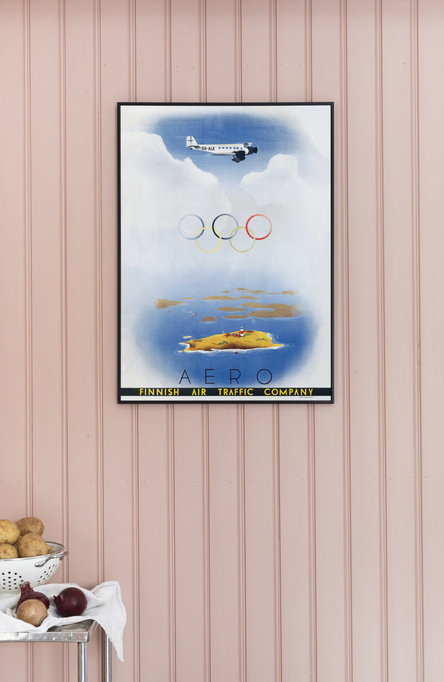 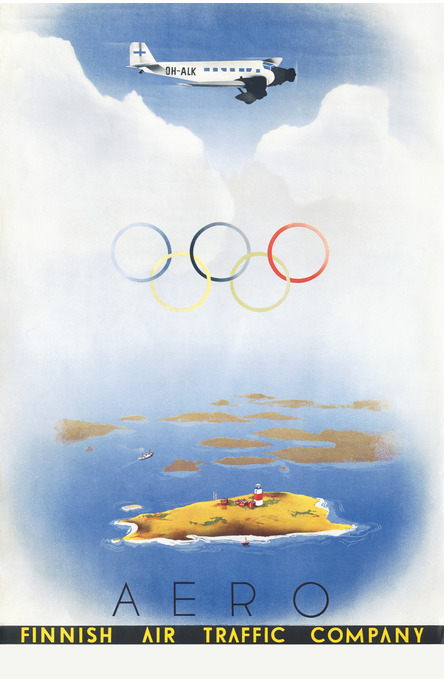 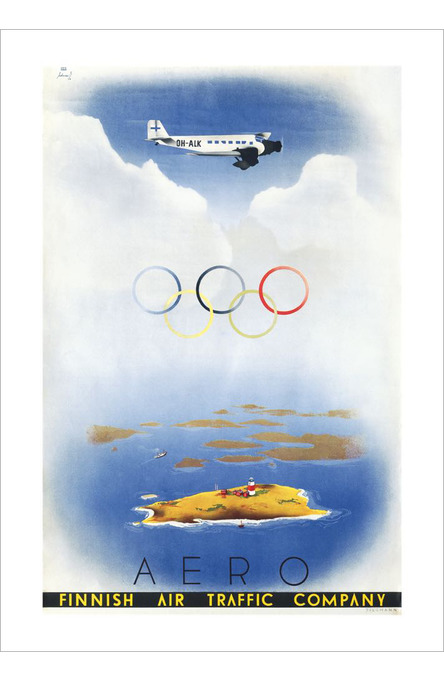