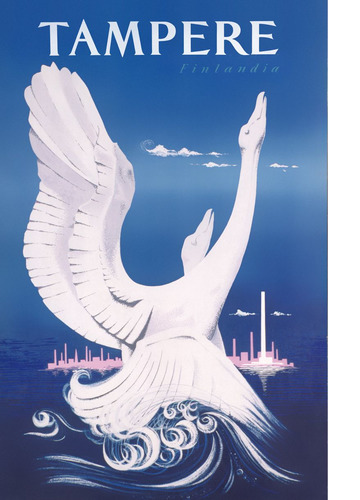 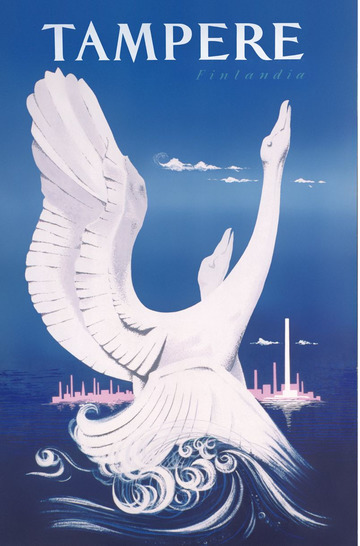 Poster competitions began to be popular in the 1950s and they obviously served their purpose, since many of the great works of the decade were the result precisely of a competition.

In the mid-1950s the city of Tampere wished to find new visual ways of promoting the town. In other words, it was time to organise a poster competition.

64 entries were sent in, but according to the jury there was one work that was head and shoulders above the rest, both in terms of its artistic value and in its strong symbolism. It was Urpo Timberg’s Puhdastakin puhtaampaa (Purer than pure), with two swans stretching their necks across the rapids and a silhouette of the town in the background, which claimed victory in the competition. 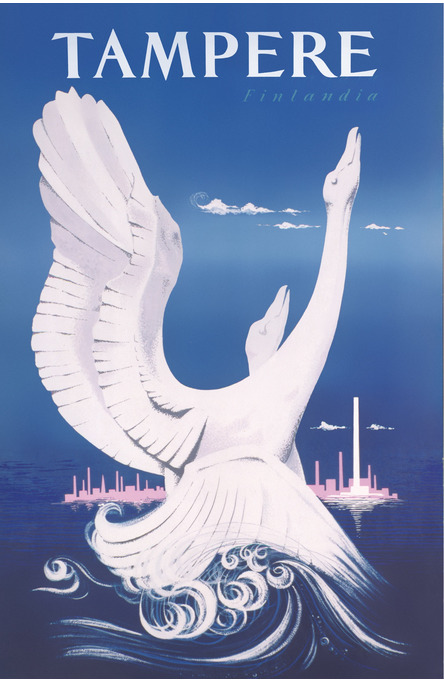