The graphic designer Aarne Karjalainen began his art studies at the Viipuri Friends of Art Drawing School and then continued to study at the Finnish Art Society’s Drawing School in Helsinki from 1921 to 1922.

Among the items Karjalainen designed is the 5,000 mark banknote, which was launched in 1940. He also created thirty-six different stamps and a smaller number of postcards. During his time at Uuden Suomen Reklaamitoimisto he designed a few posters as well; one, for example, was for the airline company Aero in 1929. This particular poster is also the cover of the “Come to Finland” coffee table book. 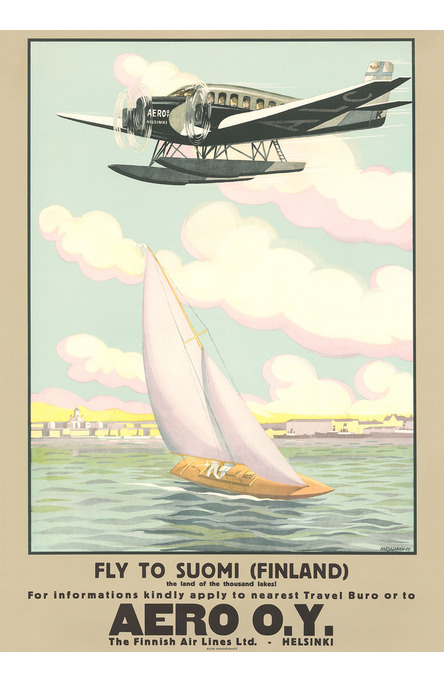 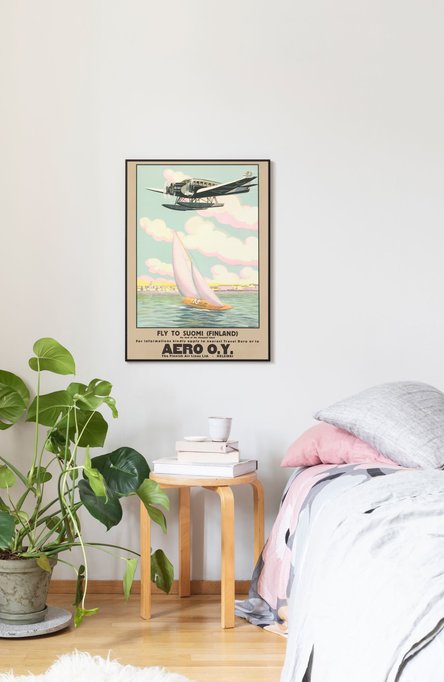 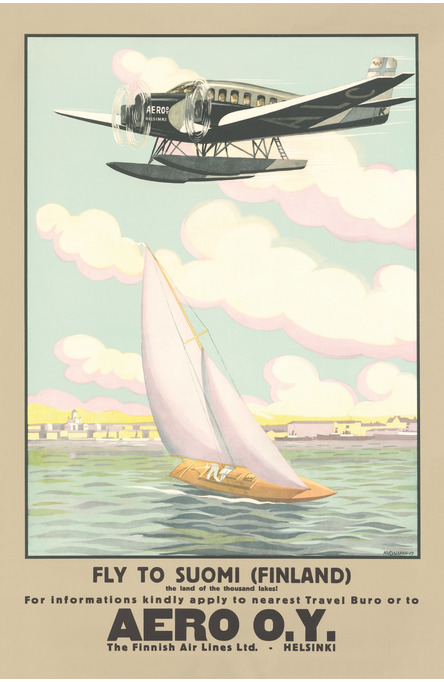 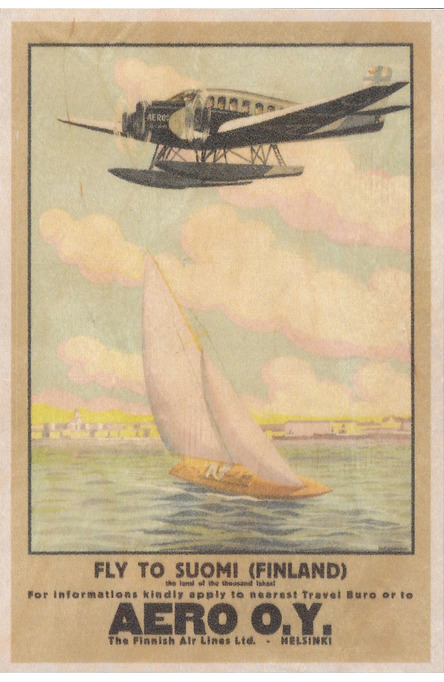